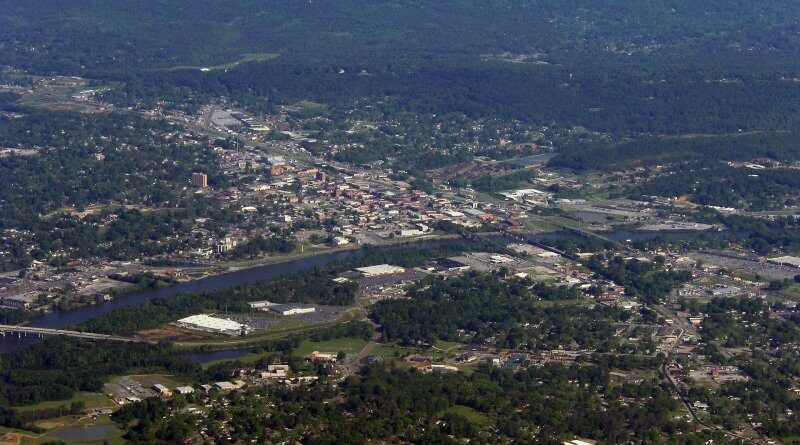 The city of Gadsden is the county seat of Etowah County in Alabama, and it is located about 65 miles northeast of Birmingham, Alabama. It is the primary city of the Gadsden Metropolitan Statistical Area, which has a population of 103,459. Gadsden is closely associated with the neighboring town of Attalla, Alabama. As of the U.S. Census in 2010, the population of the city was 36,856. Gadsden and Rome, Georgia are the largest cities in the triangular area defined by the Interstate highways between Atlanta, Birmingham and Chattanooga.