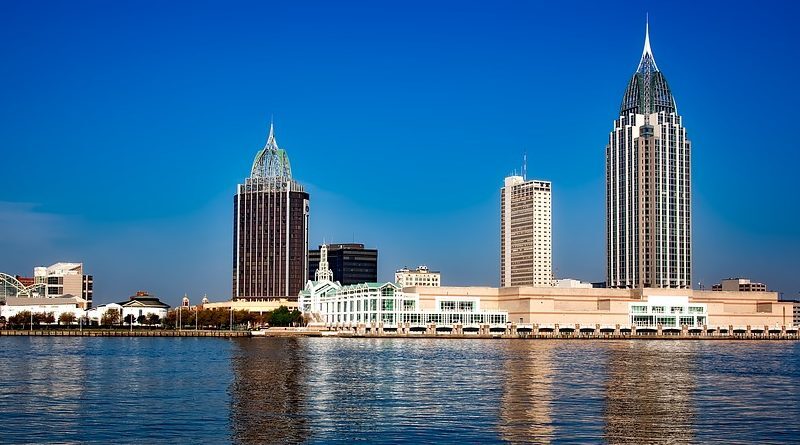 Mobile has been honored with an All-America City designation by the National Civic League. A recent survey ranked the city as one of the top five most “polite” cities in the nation, and Mobile consistently ranks high in Money Magazine’s “300 Best Places to Live” issue.

Mobile is the third most populous city in Alabama and is the county seat of Mobile County. It is located on the Mobile River and the central Gulf Coast. The population within the city limits was 195,111 during the 2010 census. It is the largest municipality on the Gulf Coast between New Orleans, Louisiana, and St. Petersburg, Florida. Mobile is the principal municipality of the Mobile Metropolitan Statistical Area, a region of 412,992 residents which is composed solely of Mobile County and is the third largest metropolitan statistical area in the state. Mobile is included in the Mobile-Daphne–Fairhope Combined Statistical Area (CSA). The combined statistical area has a total population of 591,599, also the second largest in the state.