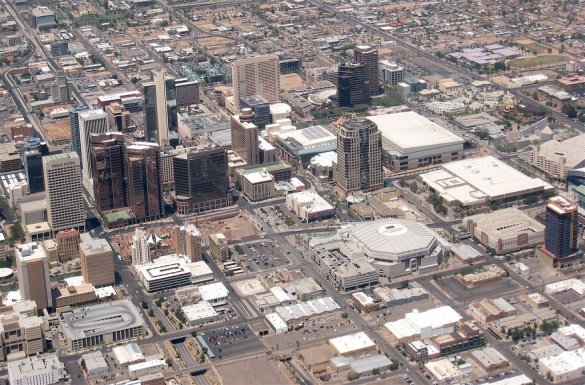 Phoenix is located in southern Arizona approximately 2 1/2 hours north of the Mexico border. Phoenix is the capital of Arizona and its population is over 1,445,632. Phoenix is one of the fastest growing metropolitan areas in the U.S.

The wealth of the area comes largely from its vast amount of industry and manufacturers established here, making this a booming economy which offers residents a wide selection of employment opportunities. Phoenix is world renowned for its culture, highly popular attractions and activities, as well as its world class restaurants and shopping malls.

Phoenix was incorporated as a city in 1881, after being founded in 1861 near the Salt River close to its confluence with the Gila River. The city has a notable and famous political culture and has been home to numerous influential American politicians, including Barry Goldwater, William Rehnquist, John McCain, Carl Hayden, and Sandra Day O’Connor. Residents of the city are known as Phoenicians.