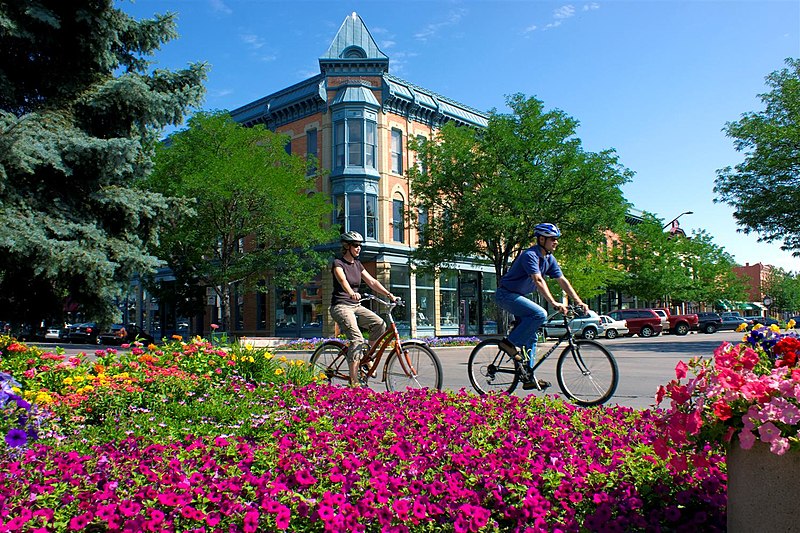 Our Fort Collins relocation guide finds Fort Collins situated at the eastern base of the “Front Range” of the Rocky Mountains, approximately 65 miles north of Denver and 45 miles south of Cheyenne, Wyoming.The Cache la Poudre River flows through the city, providing agricultural and recreational benefits to local residents.

Fort Collins is a Home Rule Municipality situated along the Colorado Front Range, and is the county seat and most populous city of Larimer County, Colorado. With a 2010 census population of 143,986, it is the fourth most populous city in Colorado. Fort Collins is a large college town, home to Colorado State University. It was named Money magazine’s Best Place to Live in the U.S. in 2006, #2 in 2008, and #6 in 2010.

The City of Fort Collins publishes the “Recreator,” a popular seasonal guide to recreational activities and facilities in Fort Collins. The “Recreator” has continually been published for over 30 years. It is distributed via direct mail, online and locally at libraries, recreation centers and businesses.

Northern Colorado Business Report is also housed in Fort Collins, and is the largest business-to-business newspaper in Northern Colorado. It covers Larimer and Weld Counties.

For more information about moving to Colorado, visit our Colorado Relocation Guide.

While holding myself to the highest professional, technical, and ethical standards, I...

Owning a home has been at the heart of the American dream...