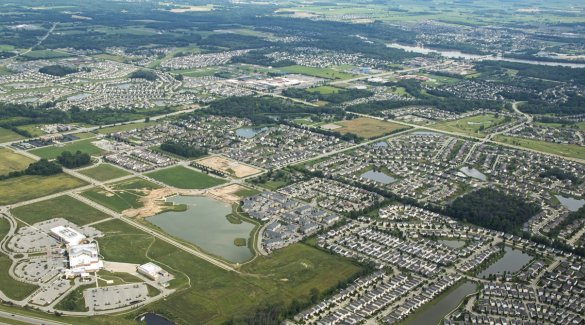 Our Fishers relocation guide is designed to provide information about Fishers, as well as services and savings to help when moving to Fishers, Indiana. Located in neighboring townships Fall Creek and Delaware, Fishers Indiana has been enjoying a growth spurt, growing from 350 residents in 1963 to 90,127 in 2016.

With the town’s affordable homes, growing economy, and proximity to Indianapolis and Interstate 69, the growth in Fishers has been tremendous. In 2003 the town of Fishers requested a special census from the U.S. Census Bureau to accurately measure the rapid population growth since 2000. This census would put the town’s population at 52,390, a 38 percent increase from the 2000 census. Since then much of the government’s resources have been devoted to building parks, maintaining roads, and managing the rapid growth of the town. A suburb of Indianapolis, and residing in Hamilton County, Fishers has a bright future ahead.