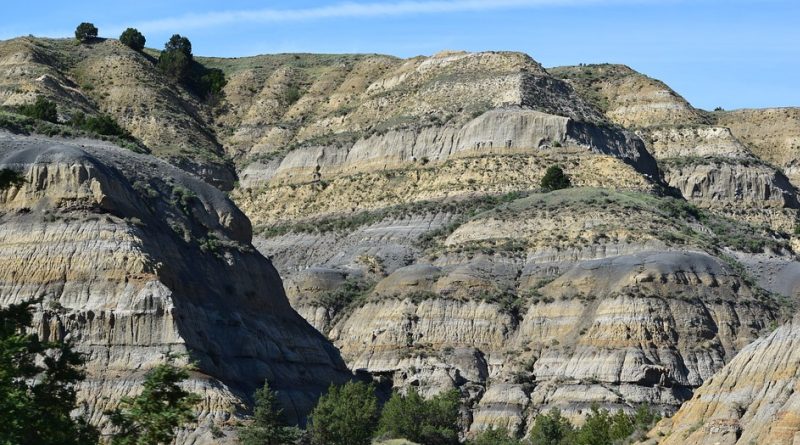 North Dakota is the most rural of all the states, with farms covering more than 90% of the land. North Dakota ranks first in the nation’s production of spring and durum wheat; other agricultural products include barley, rye, sunflowers, dry edible beans, honey, oats, flaxseed, sugar beets, hay, beef cattle, sheep, and hogs. Situated in the geographical center of North America, North Dakota is subject to the extremes of a continental climate. Semiarid conditions prevail in the western half of the state, but in the east an average annual rainfall of 22 in., much of it falling in the crop-growing spring and summer months, enables the rich soil to yield abundantly.