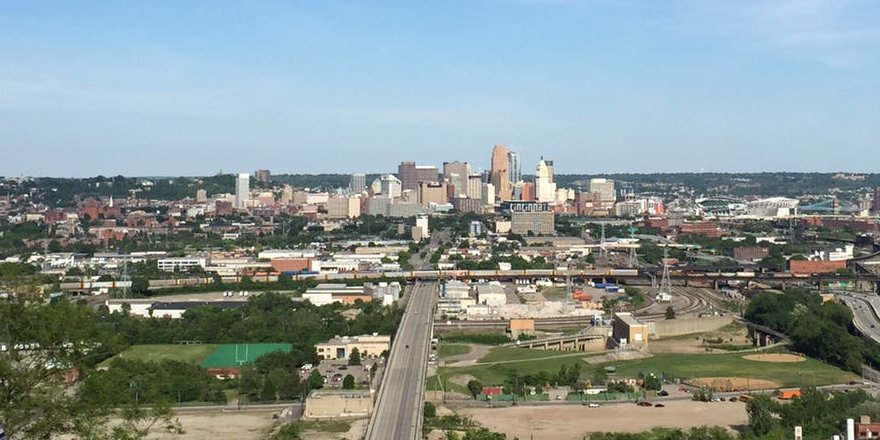 Cincinnati has a contemporary style and sophistication that uniquely blends with old-world European charm. It’s a progressive, cosmopolitan city that retains its rich traditions and ethnic heritage. Known for its picturesque setting, Cincinnati is nestled in the valleys and hills along the Ohio River. A bustling metropolitan anchor for the tri-state region, Greater Cincinnati is home for more than 2.1 million people. The Greater Cincinnati’s $132 billion economy has not only surpassed Columbus as Ohio’s largest, it is the fastest-growing major city in the Midwest. The region’s diversification kept its economy steady. Growth in manufacturing, financial and professional services led the way.

Often cited as the perfect-size” city for leisure visits and meetings, Cincinnati offers big-city vibrancy and excitement while steadfastly maintaining its small-town friendliness and dedication to service.

According to the US Census, Cincinnati has an estimated population of 301,301. With a median age of 32.5, Cincinnati is significantly younger than the national average of 37.4. The median household income is $34,629 and better than 86 percent of the population has a high school diploma or higher.

Wikipedia, a resource of local information says that Cincinnati is at the southern limit of the humid continental climate zone. Summers are warm to hot and humid, with significant rainfall in each month and highs reaching 90 °F (32 °C) or above on 21 days per year, often with high dew points and humidity. July is the warmest month, with a daily average temperature of 75.9 °F.

For more help when relocating to Cincinnati, visit: