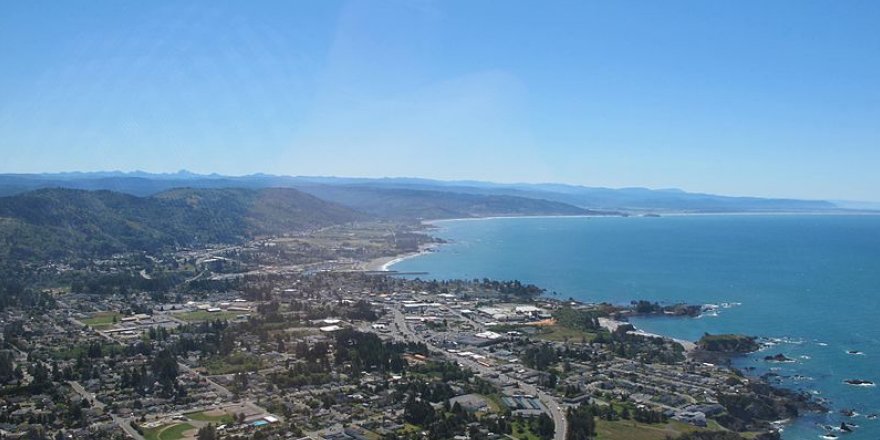 Thank you for your interest in relocating to Brookings, Oregon.  Above this paragraph you will find a directory of services. Many people interested in moving to Brookings find the City & School categories to be quite informative, and if you are looking for work here on the coast, make sure to visit our employment category.

Brookings is located in Curry County, Oregon. Named after John E. Brookings, president of the Brookings Lumber and Box Company, which founded the city in 1908. According to the 2017 U.S. census estimates, the population was 6,440. The total population of the Brookings area is over 15,121. There have been numerous proposals to annex the nearby unincorporated areas into Brookings; while most attempts failed over the years, one large area north of town owned by Borax has succeeded. This development has the potential to add approximately 1000 homes over the next 20 years, although developers expect many of them to be occupied only seasonally.

Due to its location, Brookings is subject to winter (and less frequently summer) temperatures considered unusually warm for the Oregon Coast. Temperatures can reach 70 to 80 degrees Fahrenheit (21 to 27 degrees Celsius) throughout the year. This is due in part to the marine influences from its location on the Pacific Ocean, but mostly from its situation at the foot of the Klamath Mountains, whose winds compress and warm the air flowing onto Brookings. This is called the Brookings effect or Chetco effect. Heavy rain is common in the winter. Heavy fog is common in the summer.

For more information about relocating to Brookings, visit…

Thinking about moving to Brookings, Oregon?

Let me assist you in finding your dream home. As a licensed...