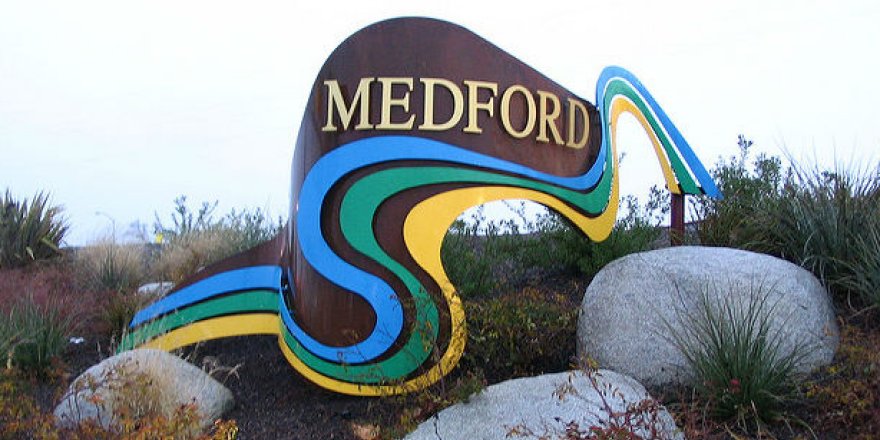 Medford is located in Jackson County, Oregon. As of the 2017 US Census estimates, the city had a total population of 81,780 and a metropolitan area population of 217,479, making the Medford MSA the 4th largest metro area in Oregon. The city was named in 1883 by David Loring, civil engineer and right-of-way agent for the Oregon and California Railroad for his home town of Medford, Massachusetts and in recognition of its supposed position on the middle ford of Bear Creek.