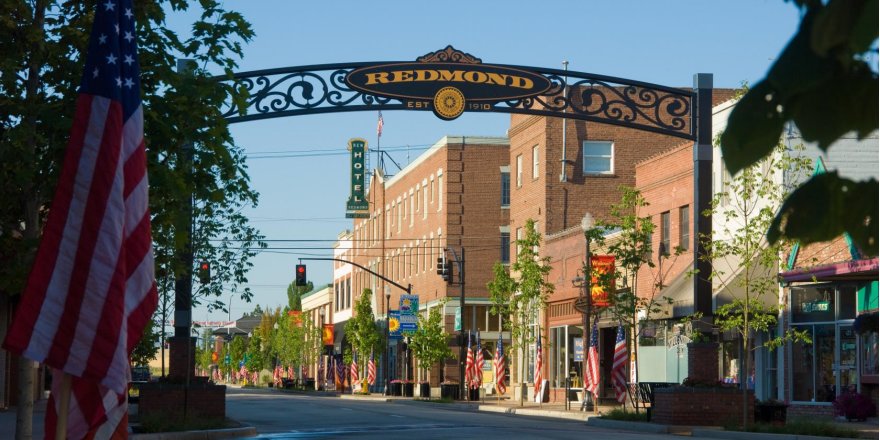 Redmond is located in Deschutes County, Oregon. Incorporated on July 6, 1910, the city is on the eastern side of Oregon’s Cascade Range, in the High Desert, and is the geographical heart of Central Oregon. From Redmond there is access to recreational opportunities, including mountain biking, fishing, hiking, camping, rock climbing, white-water rafting, skiing, and golf. Redmond is a full-service municipality and one of the fastest-growing industrial and residential communities in Oregon. Redmond had a population of 26,215 in 2010, and the population continues to grow at a rate of about 8% each year.

The city encompasses 15.5 square miles and is on a plateau, at an elevation of 3,077 feet. Redmond is 15 miles north of Bend, the county seat of Deschutes County, 144 miles from Portland, 129 miles from Salem, the capital of Oregon and 126 miles from Eugene.

Two major employers for Redmond is Redmond Air Center, at the Redmond Airport., and PCC-Schlosser, a manufacturer of titanium castings for the aerospace and medical markets.