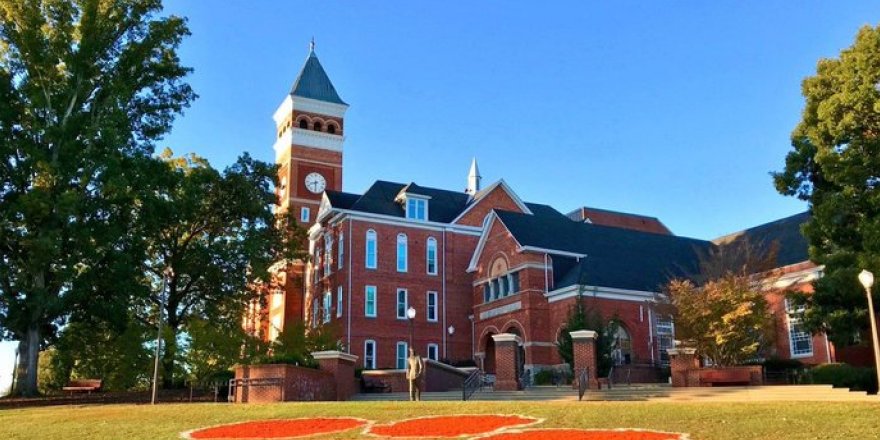 Welcome to our Clemson Relocation Guide. Inside you will find local information, housing information and other stuff helpful when moving to Clemson, South Carolina.

Clemson, South Carolina is nestled in the foothills of the Blue Ridge Mountains. Located in the southern portion of Pickens County, Clemson is bordered on the north and south in part by Clemson University. The northern boundary is also shared with the Town of Central, while the southern border is shared with the Town of Pendleton. The western border is formed by Lake Hartwell, which also serves as the boundary between Pickens and Oconee Counties. The eastern portion of the city is bordered by unincorporated Pickens County and Anderson County.

With a population of 16,649 in 2017, the population of Clemson swells to around 26,000 during the school year due to Clemson University.

In 1889 Clemson University was founded and has become the cultural center of the city. Directly to the north of campus is a downtown area with shopping, restaurants and housing. In addition to Clemson University, the city is home to the South Carolina Botanical Garden, Fort Hill Plantation and Bob Campbell Geology Museum. Lake Hartwell, a reservoir, is a popular recreation area that borders the city on the west. The Blue Ridge Mountains are just 30 miles from the city center.

Median age of Clemson is 23.1, which reflects the impact of the University on the population. In a seeming contradiction, in 2017, Clemson was voted the #8 top places to retire by AARP which will surely impact the median age over the next decade or two.

Clemson has a humid subtropical climate characterized by warm, humid summers and cool, dry winters. Precipitation is relatively uniform through the year. Clemson and the rest of the Upstate of South Carolina generally receive 1 to 3 inches of snow annually.

Thinking about moving to Clemson, SC?