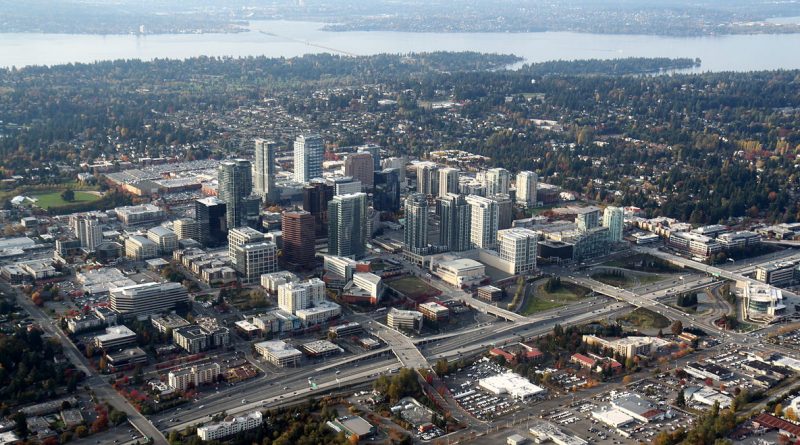 Federal Way is a city in King County, Washington, United States. Federal Way is located between Seattle and Tacoma. Its western boundary is Puget Sound. It is bordered by Des Moines on the north, Kent, unincorporated King County, and Milton on the east and Tacoma and Fife on the south. The population was 89,306 in 2010 Census.