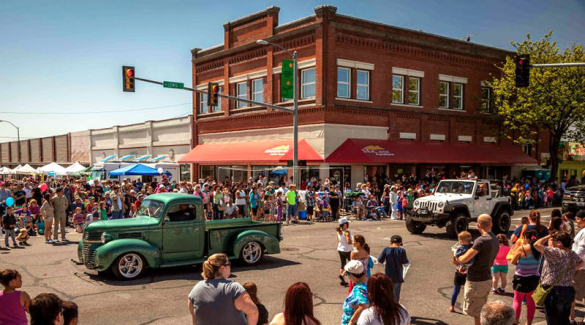 Pasco is located in and the county seat of Franklin County, Washington.   Pasco is one of three cities that make up the Tri-Cities region of the state of Washington. The Tri-Cities is a mid-sized metropolitan area of approximately 230,000 people that also includes the cities of Kennewick and Richland.   The population was 59,781 at the 2010 census.

In the late 1990s, foreseeing another Hanford-related boom period, several developers purchased large farm circles in Pasco for residential and commercial development. Since that time, Pasco has undergone a transformation that has not only seen its population overtake the neighboring city of Richland, but also has resulted in growth in the city’s retail and tourism industries. Recently incorporated land on the West side of the city has exploded into new housing tracts, apartments, and shopping centers. This area of the city has become referred to locally as “West Pasco”, distinguishing it from the older area of town to the East. In addition to an influx of new residents to the region, many residents of the Tri-Cities have moved from Richland and Kennewick to West Pasco due to its central location and virtually all-new housing and business.

Greater Pasco Area Chamber Of Commerce
They are continually researching and finding ways to help industry grow in Pasco by focusing on their strengths.

West Pasco Chamber of Commerce
Provides information on members and activities of the chamber.

For Information about Oregon Relocation, visit…

Oregon Relocation Guide
Provides information on members and activities of the chamber.