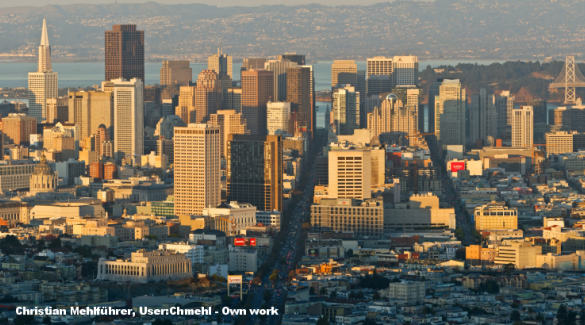 San Francisco is known for its multi diverse culture, which makes San Francisco one of the worlds most enticing places to either live, play or visit.

San Francisco is also known for their support and expansion of rights for the LGBT community which has stood out and captured attention throughout the world.

According to 2015 US Census estimates, San Francisco has  a population of 864,816. and is the 13th largest city in the United States.

San Francisco is the 4th largest city in California behind Los Angeles, San Diego, and San Jose. It is in the northern part of California, between the Pacific Ocean and the San Francisco Bay.

32% of San Francisco residents use public transportation daily commuting to work. Ranking it  third overall in the United States.

The Muni system operates both a combined light rail and subway system.  Additionally, it runs a historic streetcar line, which runs on Market Street from Castro Street to Fisherman’s Wharf.

The Muni system also operates the famous cable cars, which have been designated as a National Historic Landmark and are a major tourist attraction.

The Bay Area Rapid Transit runs under Market Street to Civic Center where it turns south to the Mission District and through the northern part of San Mateo County, to the S.F. International Airport, and Millbrae.

Whether you’re purchasing a new home or refinancing an existing mortgage, we...