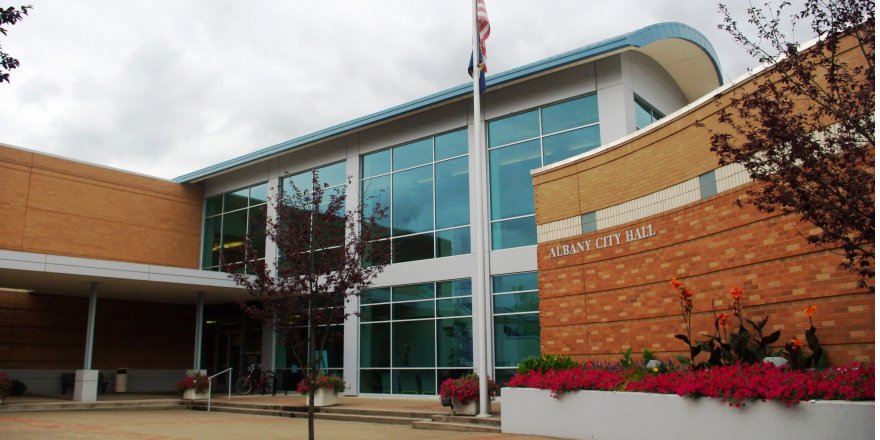 Albany is located in the central part of Oregon’s most populated region, the Willamette Valley. It rests along the confluence of the Calapooia River and the Willamette River. Though most of Albany falls within Linn County, a smaller portion of it rests to the north of downtown on the west bank of the Willamette River in Benton County.

Albany has a total area of 16.1 square miles (42 km2). 15.9 sq mi (41 km2) of it is land and 0.2 sq mi (0.52 km2) of it (1.18%) is water. Albany has 21.7 square miles (56 km2) within the Urban Growth Boundary throughout the city limits and urban growth area there is limited hills and the city is one of the lower points along the Willamette Valley with elevations ranging 180 to 430 feet (55 to 130 m) above sea level. The North Albany District makes up the most varied area in elevation in the city while the downtown and southern end of town having little elevation change throughout.