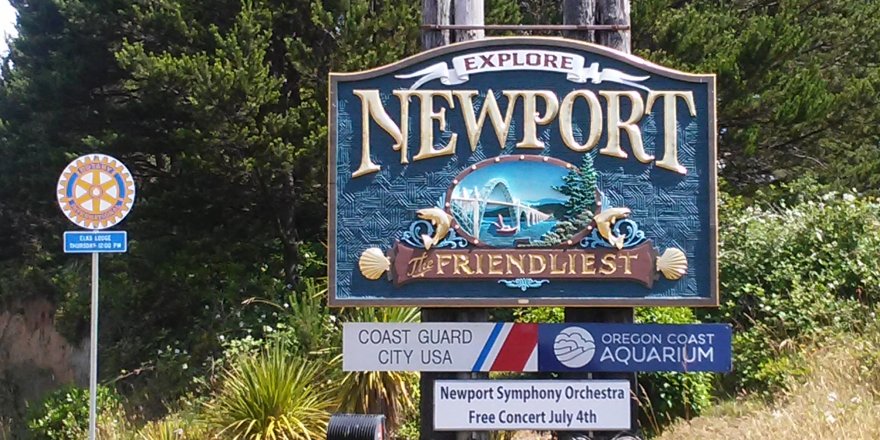 Welcome to our Newport Relocation Guide. Inside you will find information to help when moving to Newport Oregon.

Newport is famous for their tourism, fishing and shipping industries. Since 1952 they have been the largest city as well as the county seat of Lincoln County. With a population of 10,393 in 2016, Newport is located on the coast, west of the Coast Range allowing Newport to enjoy the advantages of a major bay.

Freshwater and saltwater species flourished in the early years and continue to provide a livelihood for the largest commercial fishing fleet in Oregon. Fisheries help control the harvest of salmon, halibut, and crab. They also bring in tuna, shrimp, Dungeness crab, flounder, sole, rockfish, and lingcod. Newport has a thriving charter fishing and whale-watching business.

Newport is between Waldport to the South and Depoe Bay to the North and is a major vacation destination to thousands as far away as Florida.

In August 2011, the National Oceanic and Atmospheric Administration moved its base for research ships from Seattle to Newport. The base has about 110 marine officers and a total of 175 employees.

Newport is home to the Oregon Coast Community College, which held its first classes in 1987. The public schools in Newport are part of the Lincoln County School District, and include Newport High School, Newport Preparatory Academy, Newport Intermediate School, Isaac Newton Magnet School, and Sam Case Primary School. Newport is also home to the Hatfield Marine Science Center operated by Oregon State University in collaboration with state and federal agencies. The center conducts research and educational programs associated with the marine environment and serves as a primary field station for the university’s College of Oceanic and Atmospheric Sciences.