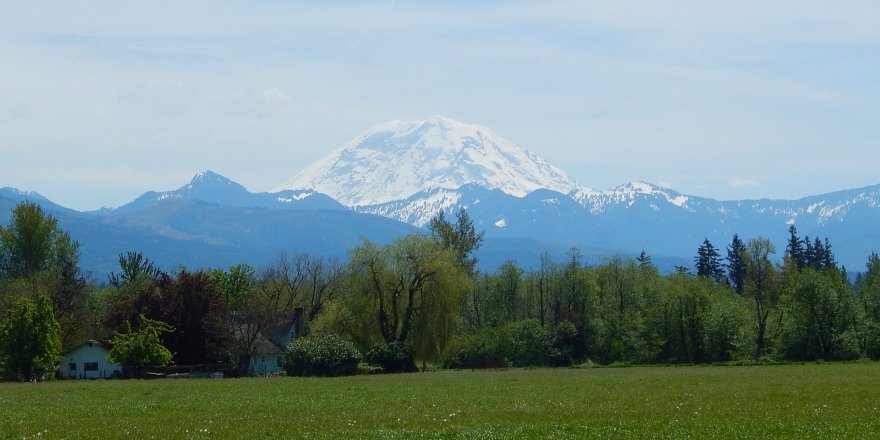 Thank you for your interest in Enumclaw, Washington. If you are thinking of relocating here, there is much to consider. Its beauty, small town charm, and proximity to the rest of Puget Sound make it a perfect destination for someone desiring both small town life, with big city excitement not far off.

Enumclaw is located in King County, Washington, approximately 45 minutes from Tacoma and and hour away from Seattle. The population was 11,784 according to the 2017 US Census estimates, up just a little over 1000 residents since 2010.

Surrounded by dairy farms and some of the most picturesque mountain views in our country, there are a number of housing developments are under construction on the outskirts of town, as well as new homes being added inside city as well.

The Enumclaw Plateau, on which the city resides, was formed by a volcanic mudflow (lahar) from Mount Rainier approximately 5,700 years ago.   The name “Enumclaw” is derived from a Salish Native American term that translates as “place of evil spirits”. This reference appears to be about Enumclaw Mountain, located about 6 miles to the north, and referring either to some evil incident that occurred there or to the frequent powerful windstorms that affect the region. According to the City of Enumclaw, the name means “thundering noise”.

The downtown area enjoys dozens of eateries and specialty food shops. Outside dining and local fresh grown ingredients make Enumclaw an enjoyable destination and the Food trucks, wineries and breweries round out the culinary experience.

The median income for a household in the city was $56,764, and the per capita income per person was $29,793. According to RentJungle.com, as of February 2019, average rent for an apartment was $1281. One bedroom apartments rented for $1109 a month on average, and two bedroom apartment rented for an average of  $1280.