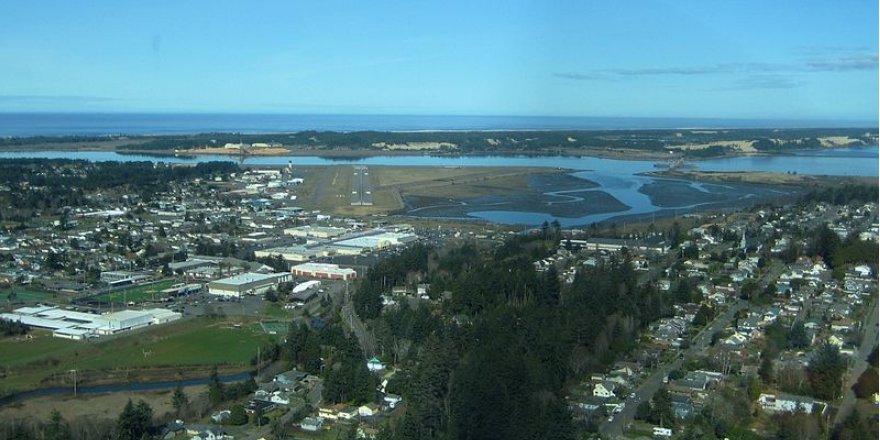 Welcome to our North Bend Relocation Guide. Our goal is to provide helpful information about moving to North Bend, Oregon.

North Bend is located in Coos County, Oregon, with a population of 9,789 as of the 2016 U.S. census estimate. North Bend is surrounded on three sides by Coos Bay, an S-shaped water inlet and estuary where the Coos River enters Coos Bay on the Pacific Ocean, and borders the city of Coos Bay, Oregon to the south. North Bend became an incorporated city in 1903.

North Bend is near ocean beaches, including the Oregon Dunes National Recreation Area, which has camping sites, and outdoor recreation opportunities such as all-terrain vehicle driving on the dunes. The Oregon Dunes Recreation Area begins just north of North Bend and attracts approximately 1.5 million visitors each year. North Bend has a public recreational boat ramp that accesses Coos Bay, along with a new concrete pier/boardwalk area that was completed in 2010 per North Bend’s regional urban renewal policy. North Bend has a public Olympic-sized indoor pool. The Pony Village Mall in North Bend is the largest mall on the Oregon coast. The Mill Casino is an Indian gaming entertainment center located in North Bend with a hotel, gambling and restaurants. The Bandon Dunes Golf Resort is located about 25 miles south of North Bend.

You can trust Pacific Properties for all of your real estate questions...