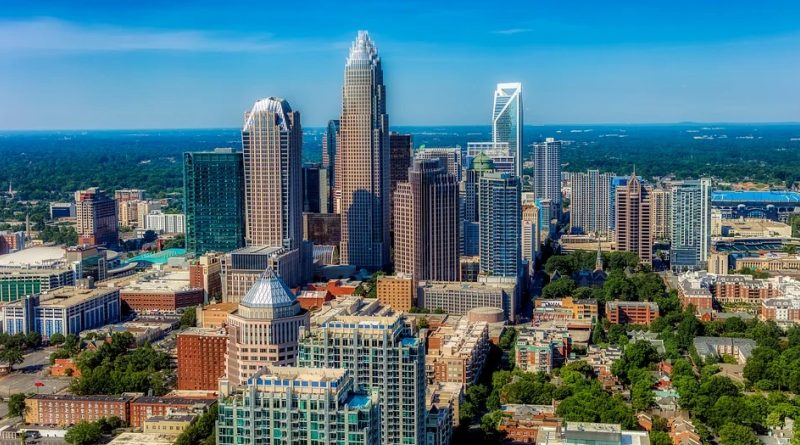 North Carolina was admitted to Statehood on November 21st, 1789 as the 12th state. It’s bordered by Virginia to the north, Tennessee to the west, Georgia to the southwest, South Carolina to the south east and the Atlantic Ocean to the east. The state flower is the “Dogwood” and it’s nicknames are the “Old North State” and the “Tar Heel State”. North Carolina’s economy is broken into two categories; agriculture and industry. Poultry and eggs, tobacco, hogs, milk, nursery stock, cattle and soybeans provide for the agricultural side. While Tobacco products, textile goods, chemical products, electric equipment, machinery and tourism provide for the industrial side.

North Carolina has many different kinds of weather in different parts of the state throughout the year.

The eastern part of North Carolina is touched by the Atlantic Ocean, and enjoys favorable temperatures throughout the year with the summer average high temperature usually not above 90 °F in the summer and not under 40 °F in the winter. However, it can get as hot as the low 100s °F and as cold as 20 °F. Most years there is less than one inch of snow and some years pass with no snow at all. The coastal plain averages a tropical storm every 3 or 4 years.

The average temperature normally does not go above 90 °F in most parts of the Piedmont in summer, but can go over 100 °F when there is a heat wave. Sleet and freezing rain are normal in this part of North Carolina, but the mountain ranges protect the Piedmont from the worst winter weather. Snow in this region rarely lasts more than 48 hours before melting. Weak tornadoes are often seen in the Piedmont, but only 140 people have died by tornadoes from 1950-2012 in the entire state.

The average temperature rarely goes above 80 °F in the summer and is usually in the high 30’s or low 40’s in the mountain region of North Carolina during the winter.  The mountains receive 14 to 20 inches of snow fall each year with some of the higher elevations getting 50 inches each winter. The wettest part of  North Carolina mountains are drenched with up to 90 inches of rain.